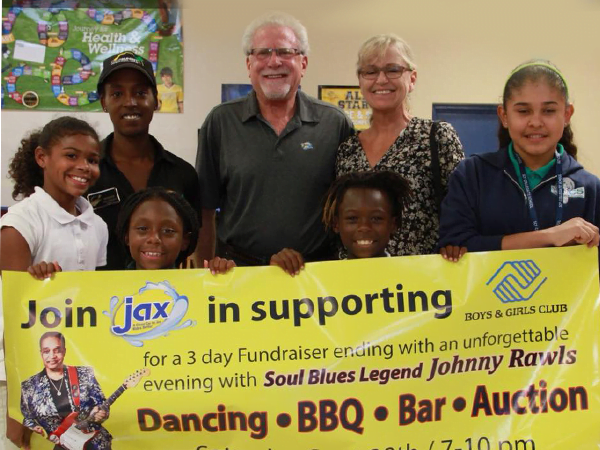 When Tony Milen, along with his wife Terri and brother Bruce, acquired Clear Sunset Car Wash located in Bradenton in 2008, a decision was made to temporarily keep the business name. Now, a decade later, they have decided to change the name to Jax Kar Wash, a name that has been in Tony and Bruce’s family since their father, Jack, started Jax in 1953 in Michigan. To help celebrate the name change, Jax Kar Wash, located at 6415 SR-64 East in Bradenton, will be donating a portion of all car wash proceeds to Boys & Girls Clubs of Manatee County starting Thursday, September 27, 2018.

The fundraiser will run through Saturday, September 29th, ending with an event featuring a concert by soul blues legend Johnny Rawls and his band, BBQ, drinks, auctions and raffles. The event runs from 7 p.m. to 10 p.m. Passes to the event are available at Jax Kar Wash.

“Being in the car wash industry for many years in Michigan and Florida, I’ve employed many young men and women. What is evident to me is the difference between those who had a parent, mentor or organization direct them down the right path versus those who lacked guidance from positive role models and ended up going down the wrong path,” said Tony Milen, President of Jax Kar Wash. “For that, I truly believe our country will be a better place, with more kids going in the right direction, as a result of the Boys & Girls Clubs.”

Want to join the discussion?
Feel free to contribute!

Your message has been received.